The Significance of US Govt Cannabinoid Patent 6,630,507

The Significance of US Govt Cannabinoid Patent 6,630,507

When I was at the Patients Out of Time Medical Cannabis conference in Asilomar this last April, I overheard a remark that startled me: “The US Government has a patent on cannabis.” I couldn’t locate the person who made the comment, so I went home and did some online research. Sure enough, patent number 6,630,507 states unequivocally that cannabinoids are useful in the prevention and treatment of a wide variety of diseases including auto-immune disorders, stroke, trauma, Parkinson’s, Alzeheimer’s and HIV dementia. The patent, awarded in 2003, is based on research done by the National Institute of Health, and is assigned to the US Dept. of Health and Human Services.

So, why is this important? Here is a legal document, in the public domain, which flies in the face of the US Government’s stated position with regard to the classification of cannabis as a Schedule I substance having no “currently accepted medical use”. Believe me, citing this patent stops the “medical marijuana is a myth” advocates dead in their tracks. They simply cannot argue with it. The forces that would keep cannabis illegal are vocal and well funded, but they are not impervious to persistent effort. The lynch pin in the War on Drugs is cannabis. Without the suppression and interdiction of this popular and widely used substance, there simply would not be enough “illegal drug use” going on to justify the huge amount of money and resources spent on “fighting drugs.”

I believe disseminating information about this patent as widely as possible, and to as many people as possible is a crucial strategy in loosening that lynch pin, and changing public perception about cannabis. I, personally, downloaded the first page of this patent and sent a copy (with the assignee highlighted) to every one of my elected representatives. I have also included information about it in “letters to the editor” referencing any cannabis related news story I come across, I use it as an argument in every State medical cannabis and decriminalization initiative, and have mentioned it in all my comments to online posts and blogs of the same nature. I would be delighted if everyone who believes the War on Drugs is a failed and destructive policy, would do the same, until the existence of this irrefutable patent becomes widely held public knowledge, and government ‘s rhetoric is shown to be as hollow as a busted drum.

Here is a small sample;

Cannabinoids as antioxidants and neuroprotectants
US 6630507 B1
Abstract
Cannabinoids have been found to have antioxidant properties, unrelated to NMDA receptor antagonism. This new found property makes cannabinoids useful in the treatment and prophylaxis of wide variety of oxidation associated diseases, such as ischemic, age-related, inflammatory and autoimmune diseases. The cannabinoids are found to have particular application as neuroprotectants, for example in limiting neurological damage following ischemic insults, such as stroke and trauma, or in the treatment of neurodegenerative diseases, such as Alzheimer’s disease, Parkinson’s disease and HIV dementia. Nonpsychoactive cannabinoids, such as cannabidoil, are particularly advantageous to use because they avoid toxicity that is encountered with psychoactive cannabinoids at high doses useful in the method of the present invention. A particular disclosed class of cannabinoids useful as neuroprotective antioxidants is formula (I) wherein the R group is independently selected from the group consisting of H, CH3, and COCH3. 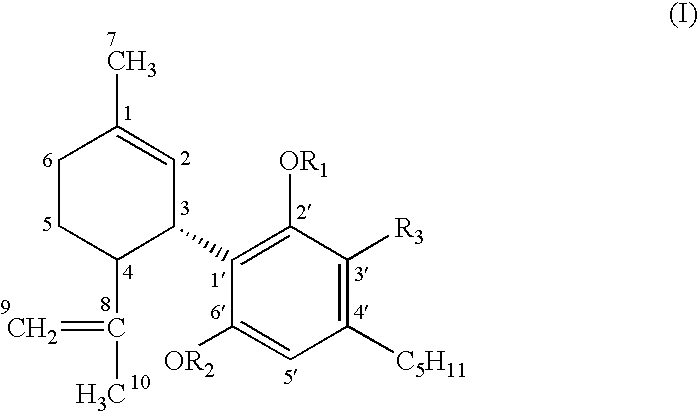 Abstract Cannabinoids, the active components of marijuana and their derivatives, are currently investigated due to…

By Tony C. Dreibus Hiring qualified employees is paramount to the success of any business.…

Since 1974 studies have shown that cannabis has anti-tumor effects.

https://www.youtube.com/watch?feature=player_detailpage&v=G2uuO1c6-Tw   Published on Jul 24, 2012 Since 1974 studies have shown that cannabis has…