The Medical Minute: So the Feds Just Admitted That Cannabis Has Anti-Tumor Properties

The Medical Minute: So the Feds Just Admitted That Cannabis Has Anti-Tumor Properties

The National Institute on Drug Abuse (NIDA) recently revised a publication on medical marijuana with details pertaining to cannabinoids’ therapeutic properties – and one of the benefits they mention is tumor reduction, specifically those relating to an aggressive form of brain cancer. NIDA is the federally-funded branch of research notorious for their focus on the harms of marijuana as opposed to its benefits. For this reason, the federal government has been able to deny the availability of research supporting its benefits, thereby justifying marijuana’s position in the most restrictive category of the Controlled Substances Act. 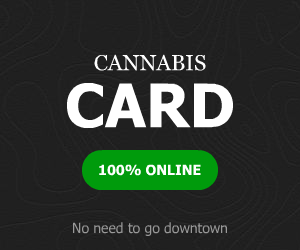 In the surprising words of NIDA:

“Recent animal studies have shown that marijuana can kill certain cancer cells and reduce the size of others. Evidence from one animal study suggests that extracts from whole-plant marijuana can shrink one of the most serious types of brain tumors. Research in mice showed that these extracts, when used with radiation, increased the cancer-killing effects of the radiation (Scott, 2014).”

On the very same page of the report, NIDA states that “researchers have not conducted enough large-scale clinical trials that show that the benefits of the marijuana plant (as opposed to its cannabinoid ingredients) outweigh its risks in patients it is meant to treat.” (Because god forbid a patient with terminal brain cancer have compromised short-term memory or a case of cottonmouth.)

Last month, three U.S. senators introduced a bill that would reschedule cannabis to enable more research, prevent federal intervention in states with legalized marijuana systems, resolve banking obstacles for marijuana business, and allow VA doctors to recommend medical cannabis for veterans. This bill, known as the CARERS Act, would be a monumental step forward for U.S. drug policy and would allow us to perform more federally recognized studies on cannabis. It would open doors to questions like what types of cancer can cannabis treat, and what combination of compounds is most effective?

Every day we wait to take action, we miss an opportunity to improve – maybe even save – someone’s life. If the aforementioned hypocrisy makes your blood boil, redirect all that emotion in a letter/email to your local representatives and help bring federal prohibition of marijuana to its knees.

NO BRAINER: CBD AND THC FOR HEAD INJURIES

According to a U.S. government-held patent pertaining to “cannabinoids as antioxidants and neuroprotectants,” CBD and…

Local Researchers Work To Eliminate The High From Medical Marijuana

That would be good news for Bill Downing of Reading. He has suffered from genetic…